On view until 8 October 2016, Dauwens & Beernaert presents a solo exhibition of paintings and works on paper by Quinten Ingelaere (Belgium, b. 1985; MFA Academy Antwerp). The title of Quinten Ingelaere's solo exhibition, ‘Paragone’ (meaning comparison in Italian) is derived from the debate about the relative merits of painting and sculpture during the Renaissance. During the Renaissance the discussion on the merits of painting versus those of sculpture as to which could emulate the forms of nature most successfully, became a contentious issue for many artists. Leonardo da Vinci's Libro di pittura, noting the difficulty of painting and supremacy of sight, is a noted example. Michelangelo's treatise on the superiority of sculpture is a famous response to Leonardo's treatise. The debate over the merits of painting and sculpture does not only appear in texts, but also appears in works of art from the period. These examples often involve paintings which imitate sculpture and sculptures that imitate painting, a strategy of undermining claims about the unique advantages of one art over the other.
The subject matter in Quinten’s new series of paintings range from marble plates, over deformed flowers and still lives to figurative, disturbing portraits based on art historical references (Chardin, Bernini...). Most paintings share a dark, ominous atmosphere, which is underlined by the incorporation of structures that seem to operate in a parallel universe. Quinten Ingelaere’s new works, explore how classical themes (like trompe-l’oeils) in art history are nestled into our collective visual memory and how these archetypes affect our expectation and perception of contemporary art. He appropriates techniques and strategies of old masters, makes them his own, analyses them to the bone and in this way balances on the border between figuration and abstraction. 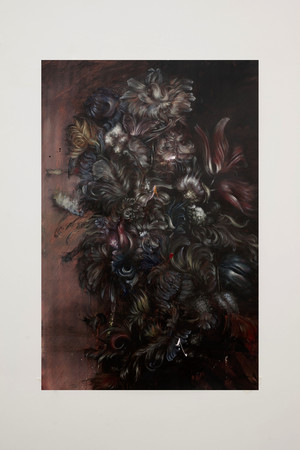 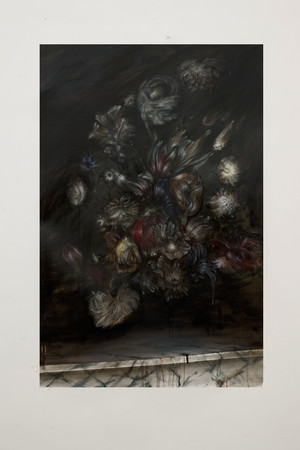 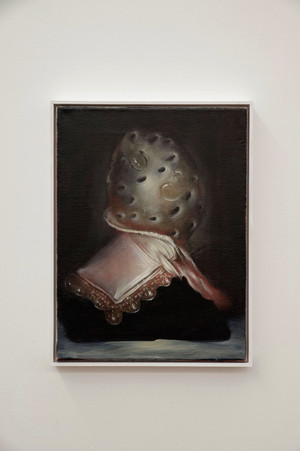 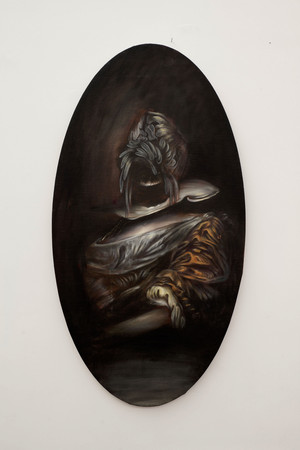 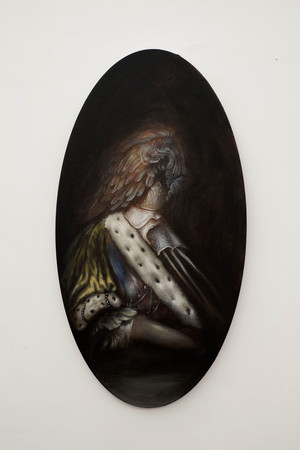 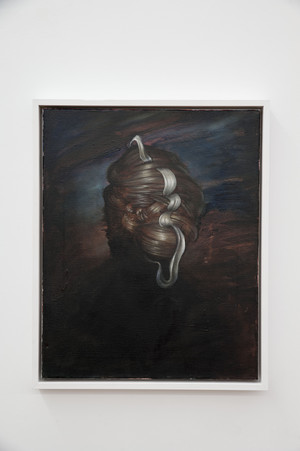