Dauwens & Beernaert Gallery is pleased to present 'A la Folie / To Insanity’ a solo by internationally awarded artist  Alex Verhaest featuring a series of recent sculptures (3D-prints), interactive video installations and inkjet print.  A la Folie / To Insanity features a series of standalone works based on a self-written script inspired by ‘Die Verwandlung’ (the Metamorphosis) a novella by Franz Kafka.  Kafka’s novella follows Gregor Samsa a salesman who works to provide for his parents and his sister, Grete Samsa. One morning Gregor awakens to find that he has been transformed into a monstrous insect. Grete Samsa becomes his caretaker after the metamorphosis. That relationship starts off cordially and cooperatively but deteriorates to a passive aggressive state.  The protagonists of Alex Verhaest’s narrative structure ‘A la Folie / To Insanity’ are  (former) lovers. Grete and Gregor’s common language, which used to be based on love and mutual understanding, has disappeared. She accuses him of becoming a sickening crustacean, while he says she’s degenerated into some kind of mollusc. Through a failing memory and ever-changing versions of the same story, the viewer and protagonists become embroiled in a false history. All that is left is emotion. Like a projection of our own world, Alex works are an invitation into a place of illusion, a study of complex, alienated characters through intriguing dialogues that are basically neurotic monologues and subtle animated elements. Alex Verhaest’s new sculptures and video installations are visual explorations and investigations of the nature and boundaries of language and relationships and the potential of contemporary storytelling. Her pictorial work operates by the juxtaposition of painting, video and contemporary technology. 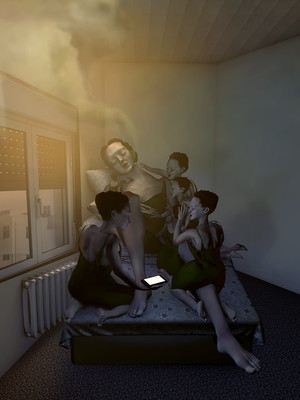 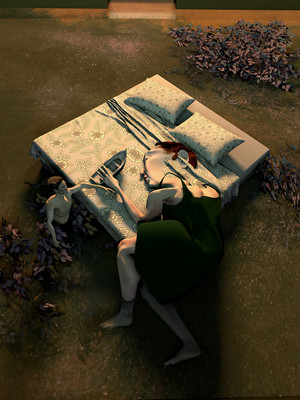 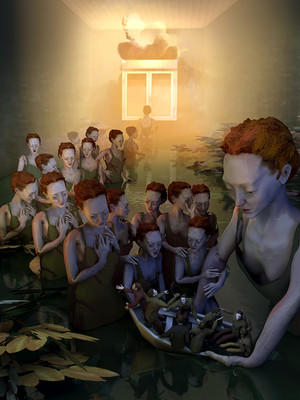 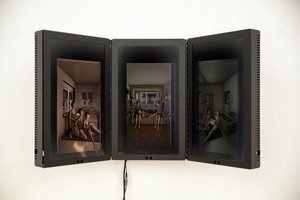 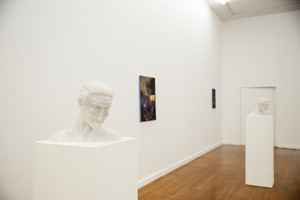 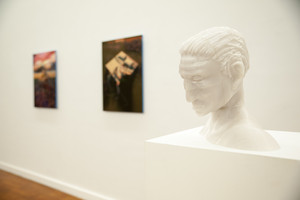 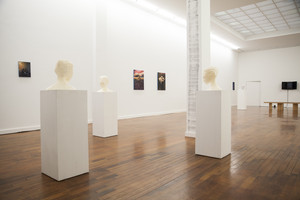 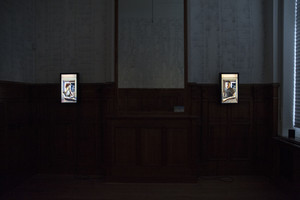 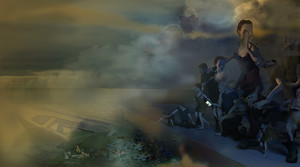